Copy and paste one line

With the cursor at your desired line press yy. Press p wherever you like and the line will be pasted below the line you are on. The y stands for “yank”.

Cut and paste one line

With the cursor at your desired line press dd. Press p wherever you like and the line will be pasted below the line you are on. The d stands for “delete”.

Copy and paste one word in a line

Move the cursor to your desired word. It can be any part of the word and press yiw, which stands for yank inner word. Press p and your word will be pasted after the cursor.

Cut and paste one word in a line

Move the cursor to your desired word. It can be any part of the word and press diw, which stands for delete inner word. Press p and your word will be pasted after the cursor.

Copy and paste part of a word or line

Mover the cursor to your desired word. Press v, which will enter you into visual mode. Move your cursor around to highlight the words or parts of words you want to copy then press y. Press p and your selection will be pasted after the cursor.

Cut and paste part of a word or line

Mover the cursor to your desired word. Press v, which will enter you into visual mode. Move your cursor around to highlight the words or parts of words you want to cut then press d. Press p and your selection will be pasted after the cursor.

I think we get the pattern. Here are some other commands:

If you swicth d or x with y you get the same effect but with a copy instead of a cut. Note that Y copys the whole line not the remainder.

Posted by Xianjun Dong at 1:11 AM No comments:

Why don't you see all GO terms in GSEA-MSigDB?

This procedure has been modified from that described previously for MSigDB v5.2. First, for each GO term we got the corresponding human genes from the gene2go file. Next, we have applied the path rule. Gene products are associated with the most specific GO terms possible. All parent terms up to the root automatically apply to the gene product. Thus, the parent GO term gene sets should include all genes associated with the children GO terms. Then we removed sets with fewer than 5 or more than 2,000 Gene IDs. Finally, we resolved redundancies as follows. We computed Jaccard coefficients for each pair of sets, and marked a pair as highly similar if its Jaccard coefficient was greater than 0.85. We then clustered highly similar sets into "chunks" using the hclust function from the R stats package according to their GO terms and applied two rounds of filtering for every "chunk". First, we kept the largest set in the "chunk" and discarded the smaller sets. This left "chunks" of highly similar sets of identical sizes, which we further pruned by preferentially keeping the more general set (i.e., the set closest to the root of the GO ontology tree).

Posted by Xianjun Dong at 10:16 AM No comments:

Say you have a list with different lengths of vectors, e.g.

We want to convert it to a long table, with two columns (e.g. pathway ID as the first column and gene name as the 2nd column). There are various solutions (e.g. https://stackoverflow.com/questions/4227223/convert-a-list-to-a-data-frame), but none of them really works for my need.

Here is my one-liner solution:

An even simpler solution:

Posted by Xianjun Dong at 10:25 PM No comments:

Email ThisBlogThis!Share to TwitterShare to FacebookShare to Pinterest
Labels: R

EASE is a modified version of Fisher's exact test. It's used in DAVID. We are often asked about their difference. Here is.
From DAVID website: https://david.ncifcrf.gov/content.jsp?file=functional_annotation.html

In the human genome background (30,000 genes total; Population Total (PT)), 40 genes are involved in the p53 signaling pathway (Population Hits (PH)). A given gene list has found that three genes (List Hits (LH)) out of 300 total genes in the list (List Total (LT)) belong to the p53 signaling pathway. Then we ask the question if 3/300 is more than random chance compared to the human background of 40/30000

A 2 x 2 contingency table is built based on the above numbers:

Exact p-value = 0.007. Since p-value < 0.05, this user's gene list is specifically associated (enriched) in the p53 signaling pathway by more than random chance.

What about the EASE Score The EASE Score is more conservative by subtracting one gene from the List Hits (LH) as seen below. If LH = 1 (only one gene in the user's list annotated to the term), EASE Score is automatically set to 1.

Posted by Xianjun Dong at 4:13 PM No comments:

Email ThisBlogThis!Share to TwitterShare to FacebookShare to Pinterest
Labels: statistics

A bug related to R factor

Note a bug in my code today. Sometimes you need to put a certain level (e.g. healthy control) in the first position for your covariance.

Here is my old code:

* Too bad that blogger does not adapt to markdown language yet.
Posted by Xianjun Dong at 1:07 PM No comments:

More notes on using LRT to test time-series data. Thanks for the discussion with Jie.
Read more »
Posted by Xianjun Dong at 1:24 AM No comments:

In many cases, we need to perform differential expression across the time course data, e.g. finding genes that react in a condition-specific manner over time, compared to a set of baseline samples. DEseq2 has such an implementation for time-course experiments:

There are a number of ways to analyze time-series experiments, depending on the biological question of interest. In order to test for any differences over multiple time points, once can use a design including the time factor, and then test using the likelihood ratio test as described in the following section, where the time factor is removed in the reduced formula. For a control and treatment time series, one can use a design formula containing the condition factor, the time factor, and the interaction of the two. In this case, using the likelihood ratio test with a reduced model which does not contain the interaction terms will test whether the condition induces a change in gene expression at any time point after the reference level time point (time 0). An example of the later analysis is provided in our RNA-seq workflow.

Below is the example in DEseq workflow using LRT to test the interaction term (e.g. any condition-specific changes at any timepoints after time 0):

Several notes from the DEseq2 forum:

Wald test: to test if the estimated standard error of a log2 fold change is equal to zero

LRT (likelihood ratio test) between a full model and a reduced model: to test if the increased likelihood of the data using the extra terms in the full model is more than expected if those extra terms are truly zero.

Posted by Xianjun Dong at 6:04 PM No comments:

compression level in samtools and gzip

The output file will be automatically compressed if the file names have a .gz or .bgzf extension, e.g.

Alternatively, you can also pipe the stdout to compressor explicitly, e.g.

Interestingly, I noticed that output2.fastq.gz is significantly smaller than output1.fastq.gz, even though the uncompressed file content is the same.

Actually, this is because of the different default compression ratios used in samtools and gzip.

Let's say you have already generated an SSH key for GitHub, as instructed here:

You will find that you are still asked to enter the password when you want to ssh to your HPC. Where's the problem?

This is very useful esp. when you want to use a high-resolution screenshot for a poster/printout. I currently don't find a way in Safari to save the screenshot in Responsive Mode.

Read more »
Posted by Xianjun Dong at 1:06 PM No comments:

Email ThisBlogThis!Share to TwitterShare to FacebookShare to Pinterest
Labels: general tips, others, visualization

Conda - A must-have for bioinformatician

As a bioinformatician, when you are given a new system (Mac, HPC, or any Linux environment), the first thing to do is probably to configure your work environment, install required tools, etc.

Here is what I did for the new Mac:

1. This step is optional. Apple changed to default shell to zsh since the last OS. If you like bash, you can change the default zsh shell from bash:

2. Install Miniconda. Miniconda is a free minimal installer for conda, incl. only the basic ones (e.g. conda, python, zlib, etc). If you are under Linux, download the one for Linux.

# update bash (the one coming with MacOS is too old)

Life is much easier after conda!

Posted by Xianjun Dong at 5:56 PM No comments:

Here are the notes from our careful check:

1. What's secondary, supplementary, and singleton? I was using "bwa mem" with default parameters. In that case, it only reports one alignment if the read can be mapped to multiple locations with equal quality. See discussion here: https://www.biostars.org/p/304614/#304620. That's why you don't see the secondary alignment in above example. Supplementary alignments are those alignments that are part of a chimeric alignment. For example, in a circRNA case, one read is broke into two pieces, mapped to different locations in back-splicing order. Then one of the two fragment will be supplementary (the other is not). Singleton is a mapped read whose mate is unmapped. So its flag has 0x1 and 0x8 but 0x4 is unset. Note that a singleton's mate (which is unmapped) can have a flag of 0110.

4. Mappability? The above mapped % is based on "mapped" / "total" alignment, not based on reads. If for reads, it should be calculated based on above two numbers.

Posted by Xianjun Dong at 11:10 PM No comments:

When you attempted to sort and extract the unique genomic regions using "sort -k1,1 -k2,2n -u", you might make a mistake by missing the region with the same chr and start, but different end position. 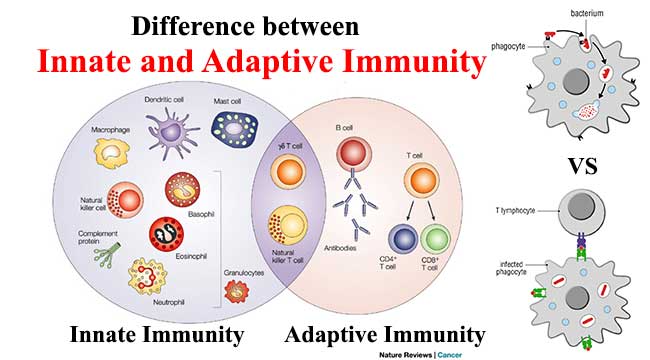 Ref: https://microbiologyinfo.com/difference-between-innate-and-adaptive-immunity/
Posted by Xianjun Dong at 11:22 PM No comments:

Illustrator: how to fill shapes with a 45 degree line pattern?

Reference: https://graphicdesign.stackexchange.com/a/93398
Use a pattern ...
There are a bunch of line patterns loaded with Illustrator by default (Open Swatch Library → Patterns → Basic Graphics → Basic Graphics Lines).
You can use them as a second fill using the appearance panel and use blending etc to get the effect you want. You can add a Transform effect to that specific fill (make sure to check "Transform Patterns") to get the rotation & scale you want: 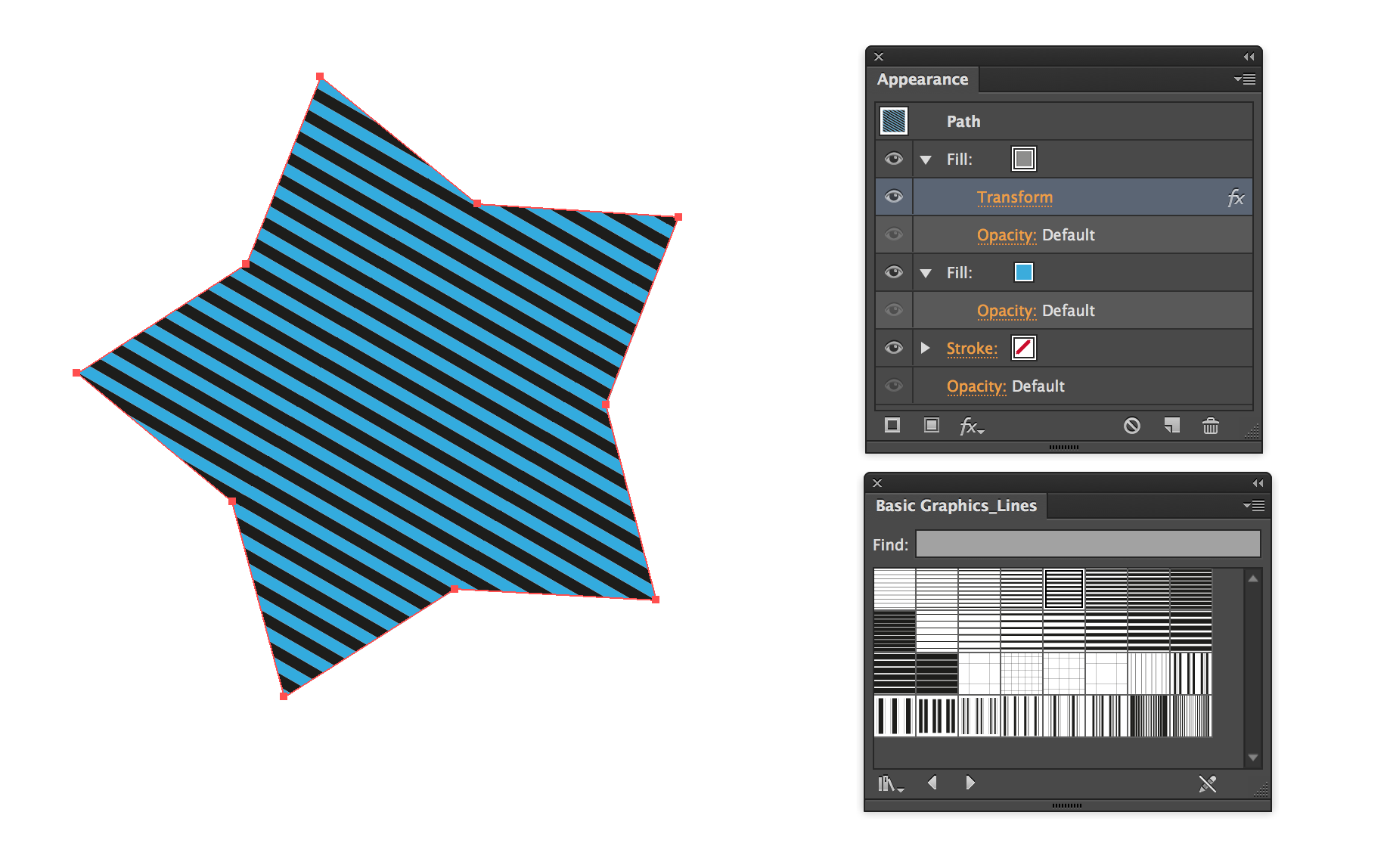 ...and the same with a different blending mode: 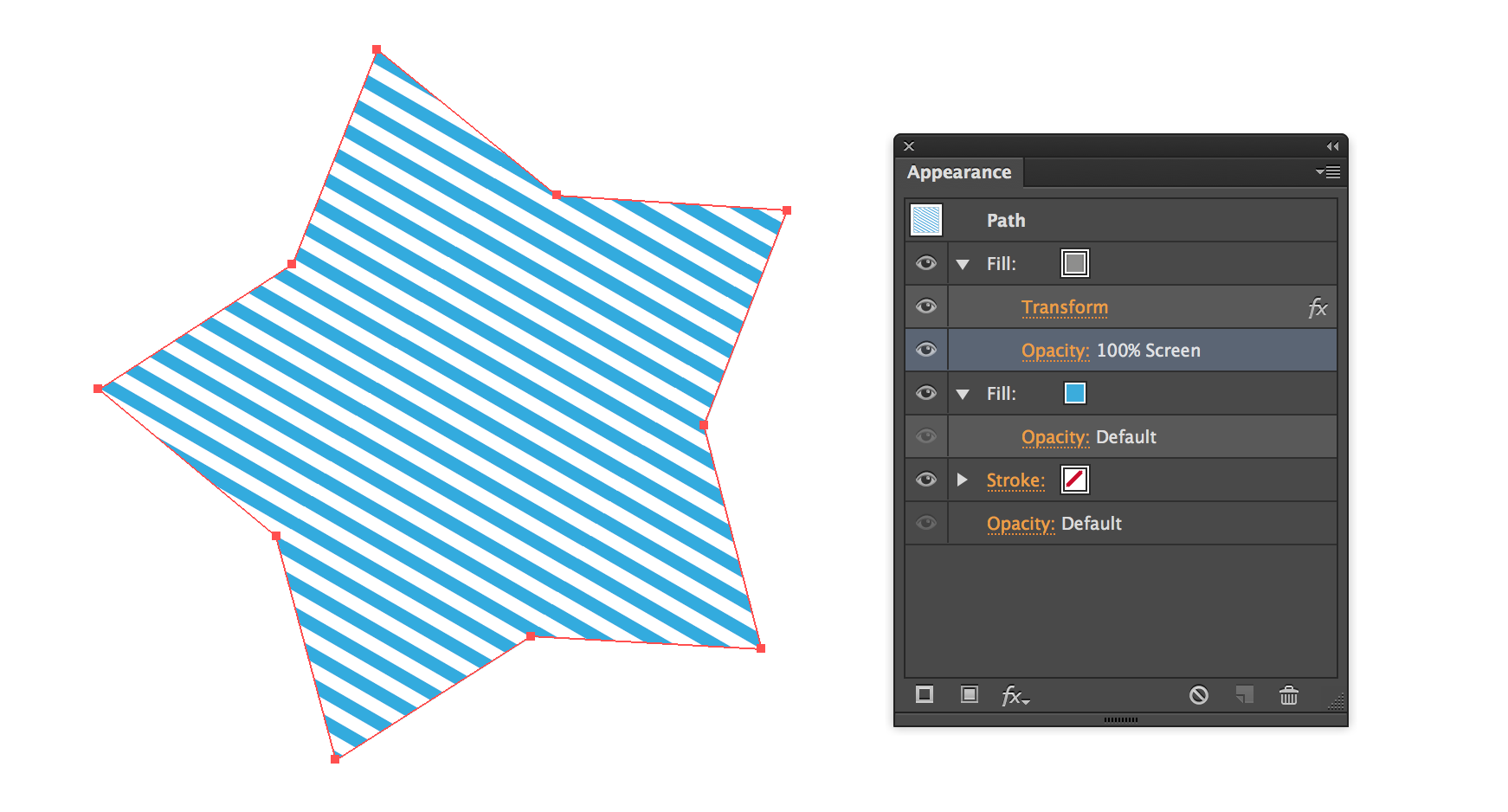 If the default line patterns don't work for you then you can, of course, make your own pattern; which should be as easy as creating a small section of the lines you want (you could do it with a single line if you really wanted to) and dragging them to the Swatches panel, then double-clicking to enter the pattern editor: 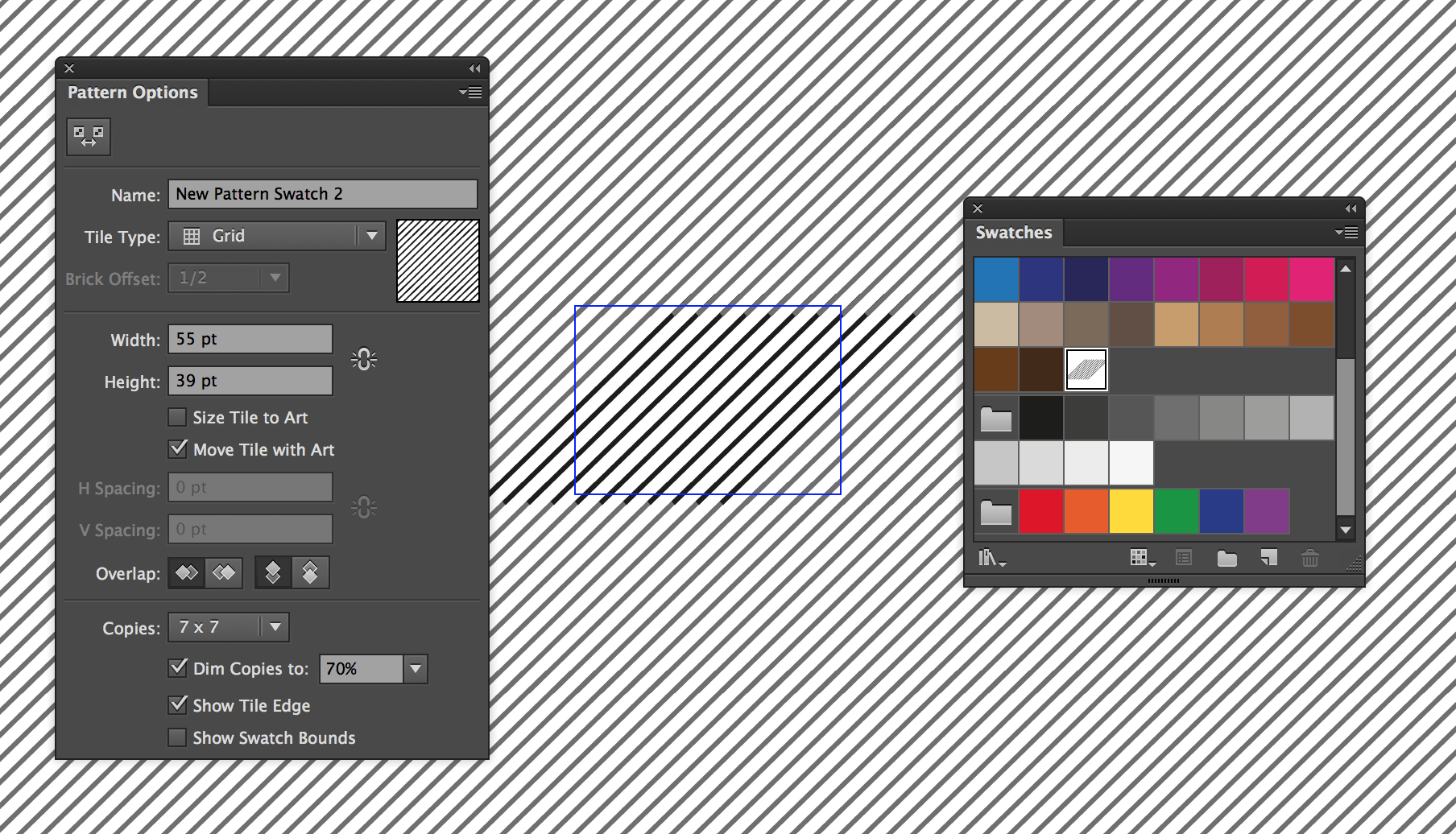 Read more here:
Posted by Xianjun Dong at 10:24 AM No comments:

Search among the tips